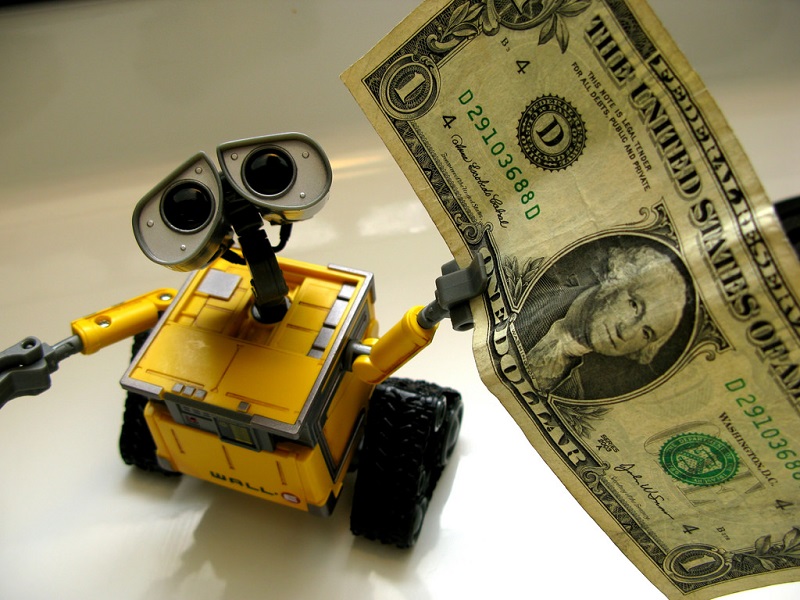 From loan officers and data analysts to financial advisors and the automation of back-end financial processes, automation is impacting the financial industry with greater advancements to come over the next decade.

The automation of tasks is underway at the moment and as machine learning progresses, more and more higher paying jobs, such as the medical industry, which we previously thought to be immune, are starting to be altered.

This Market Snapshot will examine the impact of automation on the financial industry, with a particular focus on back-end financial processes after a question-and-answer session with Steve Palomino, Director of Financial Transformation at Redwood Software. We also take a look at whether the pros of automation in the financial industry outweigh the cons and how bright or cloudy the future looks for human workers.

The impact of automation, robots on finance jobs

Asked about the impact of robotic technology on the financial industry, Palomino said, “The greatest advancement in robotics is the ability to more easily bring processes together and run them on various sets of data or systems. This will ultimately create more capacity for the people who perform these tasks. In the future, laborious, manual and menial activities will be performed for the finance professional. The person in the role will see some relief around checks and auditing as this process will be performed without error by the robot.

Automated investment services or robo-advisers are getting a lot of attention, and people using robo-advisers are no longer limited to small investors or millennials. According to the Aite Group, investments in automated portfolios increased by 210% between 2014 and 2015. While the $ 50 billion invested is a drop in the ocean compared to the $ 20 trillion wealth management market, it indicates a move towards automated portfolios.

In November 2014, the leading strategic investment group of Goldman Sachs Group Inc. conducted a $ 15 million round in Kensho, a data analysis startup. Kensho’s software will eventually reduce the need for human decision-making when it comes to investing and trade. The machine’s software is capable of analyzing an abundance of data that impacts the market, including weather, natural disasters, political elections, and wars. Kensho software is also capable of expanding search terms with little human intervention. While Kensho has yet to be responsible for the human layoffs, it is likely only a matter of time before human jobs are significantly replaced or altered by Kensho software or similar automation software products.

Where do humans fit in?

Palomino believes that the advantages of automation in the financial industry clearly outweigh the disadvantages. “The benefits will be 100% accuracy, completeness and punctuality. Speed ​​of data processing and ultimately the organization’s ability to identify the root causes of errors and change those processes. Improved processes and understanding will also result from the use of robotics.

Palomino spoke about the concerns businesses face and questions about what they will do with the robotization of their finance teams’ processes. His response is as follows: “As more and more players in the business have access to accurate, complete and timely data, not only will there be more finance positions available, but there will be more finance positions available. transformational roles like data analysts, risk and control managers, business analysts and more. . These roles fit very well with the new millennial workforce, who are more likely to embrace robotics as they seek more meaningful and value-added work. Thus, the financial jobs of the human will not disappear, but the work will simply be changed.

Show your support for our mission by joining our community of Cube Club and Cube Event experts. Join the community which includes Amazon Web Services and Amazon.com CEO Andy Jassy, ​​Dell Technologies Founder and CEO Michael Dell, Intel CEO Pat Gelsinger and many other luminaries and experts.